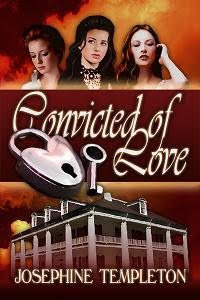 Today on Make-Believe Mondays my guest is Josephine Templeton.

Josephine, first, tell us a little bit about the manuscript you’re working on now.

Josephine: I’m actually in-between manuscripts. I just finished Scorned, which is currently under review with a publisher. It’s about a fallen angel who has been fighting her way back into Heaven for thirty human years. After thousands of years in Hell as Satan’s girlfriend, Angelle turns her back on her fellow fallen angels, choosing the path to redemption. She must atone for her sins and lead to salvation the same number of souls as she led to damnation, fighting vampires and demons along the way. All is going as planned until Jack, the first human male that sends her lust-meter into orbit, enters her life. Now she must decide if it’s lust or love she feels for this ruggedly handsome man, but when he becomes the target of a vampire bride, she fears she’ll never get the chance to find out.

Debra: Ah it's never too late to atone and start a new life. I wonder if she'll become human for him.

Josephine: I read the genre I write in as much as possible, and as I’m an avid movie fan, I stay on-top of the new paranormal movies as much as possible. I also watch a lot of television shows such as The Vampire Diaries, and I will always have a special place in my heart for Buffy the Vampire Slayer and the spin-off, Angel.

Debra: Is there a point when your characters begin to come alive and you can see and hear them?

Josepine: When they begin to invade my dreams, I know I’m in trouble! 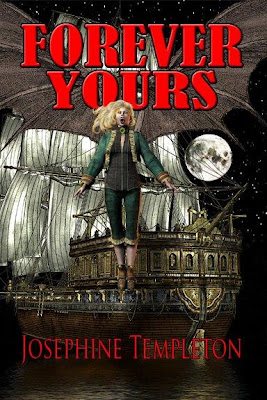 Debra: For some writers, dreams play a role in creating fiction. Has this been true for you? Have you ever dreamed a scene or an image that later wound up in one of your books?

Josephine: I’m a big time dreamer, and yes, a lot of scenes are inspired by them.

Debra: As a child did any particular book or author pull you into their imaginary world?

Josephine: V.C. Andrews drew me in as a pre-teen, and I discovered vampires in my senior year when my thesis was on Bram Stoker’s Dracula.

Debra: Is there anything else you would like to add about the role of imagination, and dreams in creating fiction? Any other message for our readers?

Josephine: Follow your dreams because you never know where they are going to take you!

Debra: Josephine, thank you for joining us here on this Make-believe Monday to share a little bit of the magic of writing with our readers.

Readers may visit http://josephinetempleton.tripod.com/to learn more about Josephine and her works.

Last Saturday I spent a lovely day in Blytheville AR, where I signed books at That Bookstore in Blytheville. I also test drove a 2008 Toyota Camry Solara convertible and decided to buy it! I've always wanted a convertile. Enjoyed meeting the owner of the hardware store on the town square and sat in a 1920's convertible to have my picture taken (and to check it out for the 1920's set novel I'm planning to write) and even had berry pie at a local restaurant. Everyone in town was so friendly and it's a nice little bookstore. It was a lovely day and a wonderful memory made.

Next Saturday April 10th I will be signing books at Applegarth Books in Millington, TN from 4:00 to 5:00. Applegarth Books is celebrating their one year anniversary and I'm thrilled to be asked to be a part of that. Please do come by and visit if you are in the area.

www.debraparmley.com
Continuing to finish the edits on the manuscript and feel The End getting closer and closer. It's a very good feeling. I plan to have it done before the Romantic Times convention which is at the end of April. More on that next time.
Till then, hope you're all enjoying the lovely signs of spring!

Love and light,
Debra
Posted by Debra Parmley at 12:12 PM

Anonymous said...
This comment has been removed by a blog administrator.
5:22 PM